I Review for You, A Treasure Trove of 17 Stories about Chess-Playing Unicorns, Presidential Candidates Stuck on Mars, & Everything in Between! 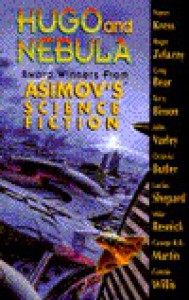 If an anthology starts as strong as this one did, then there’s no way I would not continue reading it! Consider the human species about to become extinct and our fate hinging on a chess match between a bartender, a unicorn, and a sasquatch.

I had already read this story & liked it. Keep a box of tissues handy when you read it! 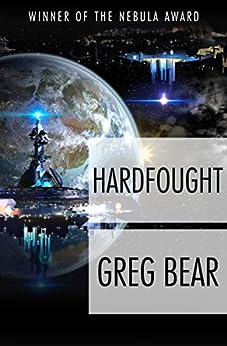 I am not ashamed to say that I abandoned this one halfway through into the story. It was too convoluted and complex for me to care about what was happening to the characters.

The Peacemaker by Gardner Dozois

Fanaticism can be found in all kinds of worlds and often results in innocents getting hurt and this story was no exception.

In a world gone silent due to a viral mutation, chaos and animalistic behavior is the rule of the day.

Press Enter and find out things, if you dare!

I hugged her, and her breath came again, hot on my chest. I wondered how I'd lived so long without such a simple miracle as that.

Portraits of His Children by George R. R. Martin

I was surprised to read this story but not when it didn’t turn out to be anything special. The premise was good but the execution was too typical for me to enjoy it.

Rachel in Love by Pat Murphy

An ape raised as a human child by a scientist is left to fend for herself when her father dies.

A hamburger joint that serves customers from all dimensions.

Even in the realities where the Europeans never found America and it's the Chinese or somebody building the cities, there just isn't any reason to build anything near Sutton. And there's something that makes it an easy place to travel between worlds, too; I didn't follow the explanation. She said something about the Earth's magnetic field, but I didn't catch whether that was part of the explanation or just a comparison of some kind.

Ripples in the Dirac Sea by Geoffrey A. Landis

A time traveler who can’t return to his own time. Because. Consequences.

Once I tried to commit suicide by murdering my father, before he met my mother, twenty-three years
before I was born. It changed nothing, of course, and even when I did it, I knew it would change nothing.
But you have to try these things. How else could I know for sure?

A teenager has to deal with teasing and bullying at school because of developing earlier than her classmates and finds an unusual bloody silver lining that just might help her get through! 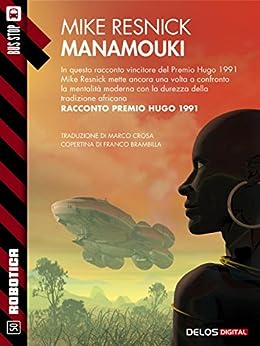 The Manamouki by Mike Resnick

Exactly what the title says and yet you will enjoy it, if you have fun reading weird things.

Beggars in Spain by Nancy Kress

Genetic developments allow parents to specify what their offspring should be like down to the last detail. When a couple is about to have a baby, the father chooses to have her be sleepless. Even a world so advanced in genetics isn’t ready for sleepless people taking over it. Barnacle Bill is a simple man whose job is to remove barnacles from the shuttle’s exterior walls. All he wants is to make himself useful, so he won’t be sent back to Earth, which would be a death sentence. Is it ever that easy?

The power of the Strange Magnificence, you see, lay in the subversive nihilism of their doctrine, which put forward the idea that it was man's duty to express all his urges, no matter how dark or violent, and that from the universal exorcism of these black secrets would ultimately derive a pure consensus, a vast averaging of all possible behaviors that would in turn reveal the true character of God and the manifest destiny of the race.  Thus the leaders of the Magnificence saw nothing contrary in funding a group in York, say, devoted to the expulsion of Pakistanis from Britain by whatever means necessary while simultaneously supporting a Sufi cult.

Danny is the next presidential candidate who is advised to join an astronaut team to Mars to increase his chances of winning in the upcoming elections. The results didn’t quite meet his expectations but when do they ever!

The Nutcracker Coup by Janet Kagan

A human diplomat unwittingly incites a people (I use that term loosely because they are quadrupeds and had quills) to rebel against their ruler. Oh, and nutcrackers play a big role in the rebellion!

I think this anthology was a really good one even if did take me ages to finish it. I enjoyed reading, Unicorn Variations, The Manamouki, Barnacle Bill the Spacer, Danny Goes to Mars, & The Nutcracker Coup, the most. I purchased this book from Kitabain and am so glad that I did!