My Edition is Prettier Thanks to Online Books Outlet and a Review! 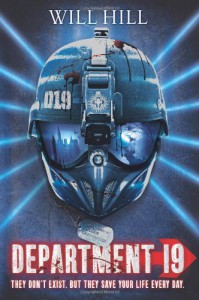 So the amazing part about having read this book has nothing to do with the book itself. It was a personal achievement of finishing a 500-page long book in a day like I used to in the good old days. I thought I had lost that talent but it was just me being over-dramatic In short:

I liked it! It took me by surprise. Granted, I was sitting and waiting to get my documents attested by HEC at that moment and anything, even a Chinese food menu would have sounded good. (For those of you who do not how agonizing and aggravating this visit can be, it is akin to a day wasted at the DMV or so it seems on tv).

The book may have been written for a YA audience in mind but it kept me entertained even when I returned home (unsuccessful, I'd like to mention).

I really dug the level of violence that was included in the book because it only reinforced the idea that Stoker tried to get across to his readers. Vampires are unnatural and completely other-than-human.

The author went the extra mile when they included how the majority of the bloodsucking population was kept docile by pumping them full of drugs. The practicality of the situation hits home when we discover that the source of that drug is a vamp who gets all his supply from the very organization that is supposed to be hunting him and his kind!

Another part that I really loved was how natural it felt that the original vampire hunters would be the foundation of a vampire hunting organization. They had promised to stay vigilant, after all. Only now they could do it with the government's resources on their side.

Now for the nitpicking

The inner monologues of all the characters sounded quite similar, which took away from how much I had been enjoying the book. Maybe the author could have just shown us the actions when it came to the others and only left the monologues for the MC?

I found the inclusion of some parts to be unnecessary. This includes the appearance of the werewolves. Why throw a couple of werewolves in a story that was completely about vampires? Why do it close to the end as an afterthought or a gimmick?

The biggest issue of them all was why were the vampire generals after Jamie in the first place. Just as in those cartoons where a villain wants to destroy the world, there was no clue behind their leechy motivations. A minor turn off happened as I read the vampire ball scene. It was too reminiscent of the one from the movie, Van Helsing, and completely unsurprising.A fun book that tries to stay true to the work that it is inspired by. Give this one a try! I can't really end this review without mentioning the best vampire series that I have read, can I? Read this one if you don't read any other vampire books ever.

I bought two of these pretties from Paperback Emporium. Get yours now!