My Thoughts as I read the book:

"A half-metre-long dragonfly, red from bulbous eyes to the vein lacework of transparent wings, took off from the leather bracer on Jaume's forearm and shot forward."

Lends authenticity to the environment that the author is setting us up in. After all:

and a more artistic view: What intrigued me was their use in falconry. However, as you will continue to see throughout the books, wonderful ideas are mentioned once and then abandoned. There is no inclusion of them afterwards. I know that is a lot to expect but if you are going to build a new universe...

"The docks teemed with ships of every size. Its streets, from capillary alleys to boulevard arteries, pulsed with traffic, human, dinosaur, and vehicular."

Maybe it is the biologist in me but I loved the description. Also, reminded me of this video, so I thought I'd share:

Traffic the Port of Amsterdam sees in a day!

"Of course, you're too kind to point out the Parasaurolophus in the parlor..."

It got me wondering if including more modified idioms like that would have made the book's world seem more real or not.

Btw, this is the dinosaur that the character was talking about.

The book did suffer from the usual maladies, such as everybody knowing something was seriously wrong with the king's advisor and yet not doing anything about it:

"When she'd encountered Jeronimo, she had felt a strange unease, in the pit of her stomach and beneath her skin, as if sensing wrongness somehow."

*sigh* If this character turns out to be bad news in the sequel...

One of my favorite quotes from the book:

"But if he had loosed at you, you'd have just knocked the arrow out of the air, right? Or snatched it with your hand like those ninja blokes in Zipangu, I shouldn't wonder.

It also made me think why the author used the word, ninja, in the book. The world is quite different from our own and the word just stood out. It might have been because the world the book is set in has an old feel to it. However, as I looked it up, I came across this page that said the word had been in use as early as in the 1600s. It had other interesting things to say about ninjas too.

This description about a species of dinosaurs simply called Titans was lovely:

"They had no voices: they couldn't force cries down the tremendous length of their necks."

That got me to start looking up animals without a voice and most links mentioned Giraffes. However, San Diego Zoo says Giraffes do have vocal cords but they make a limited number of sounds with them. 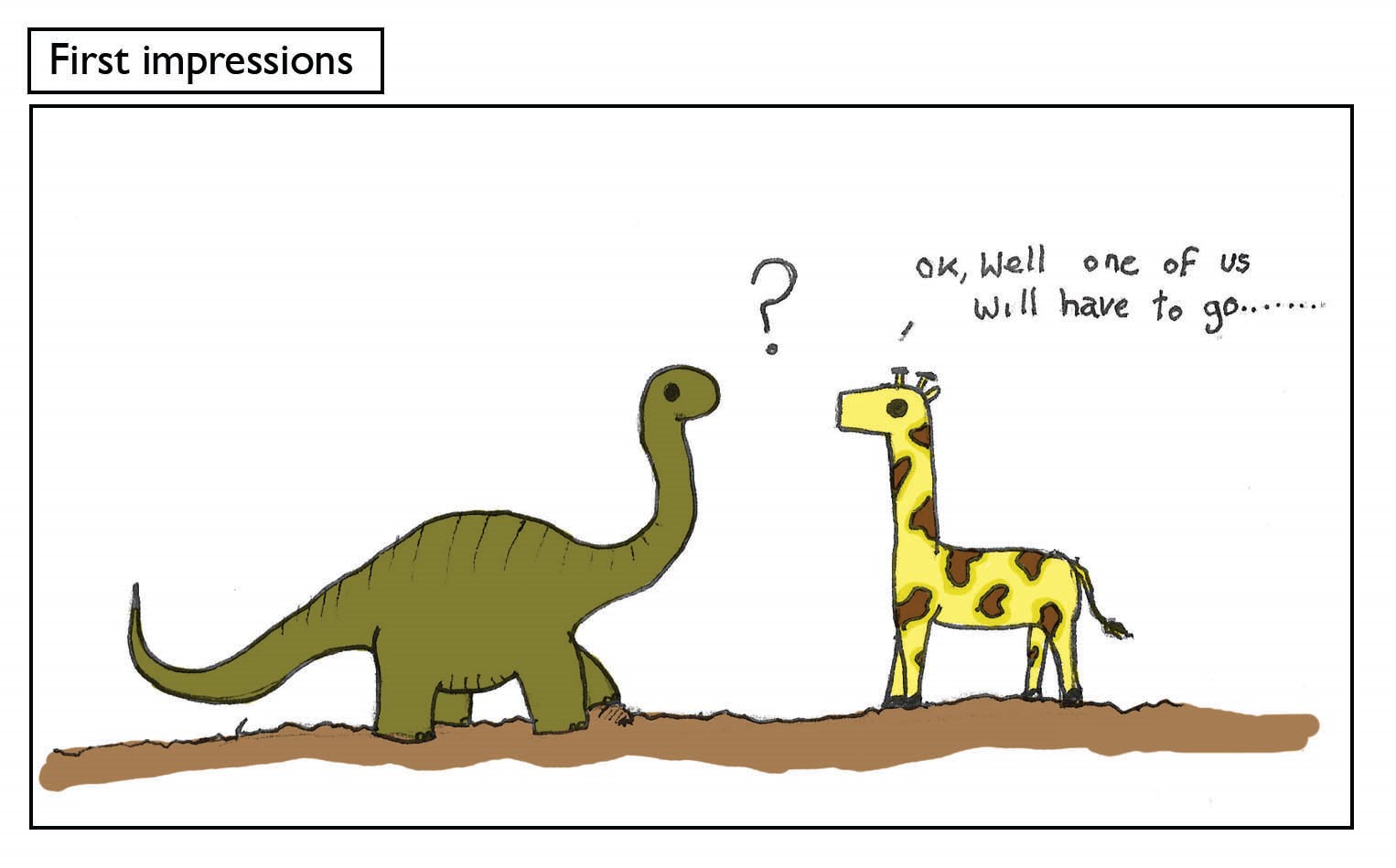 This quote that was amazingly ironic:

"Whether we humans are or not, the dinosaurs endure."

Reminded me of the destruction humans have caused as detailed by the book, The Sixth Extinction.

This is another example of how good the world building is:

"Frequently ridden in battle by light-riders, as well as, occasionally by knights and nobles too poor to afford war-hadrosaurus."

This is the Hadrosaurus and here is a video where its fossilized remains were discovered.

There are small excerpts from different "books" at the beginning of each chapter. Some of them mention deities that are worshiped in that world. The descriptions go so far to include an aspect that the deity favors. However, they are never mentioned in conversations (except for battle cries). I mean, so many of our expressions could have been modified and used:

Another thing that I found hard to believe was how naive Melodia, the king's eldest was. If you are a princess, you are definitely going to be trained in court intrigue etc. You won't go spouting off things that can be twisted later and have you framed for sedition. Especially, if you have a father who only deigns to remember that he has daughters at certain times. Even more so, if you could never inherit the throne and thus, do not have the security that an heir would. She behaves like a spoiled teenager, which even if she is one, she cannot afford to be.

"And then, with what struck Melodia as completely necessary enthusiasm, her noble ladies-in-waiting set about burying the Princess Imperial in shit.

The treachery wasn't unexpected when it did come. The swiftness of the events was fun though!

The Grey Angels are something that I am curious about. One of the theories about them says:

My guess is that we must have colonized some planet and maybe started a fun experiment, people and dinosaurs together to see what would happen? It seems like the Gray Angels are some kind of super powered protectors who keep the people at a certain level."

All in all, I liked the book a lot. I read it slowly, enjoying every part. Some of the dinosaur battle scenes were really good. The book could have done with a little more of them.

All this talk about dinosaurs would not be complete without a mention of this guy: